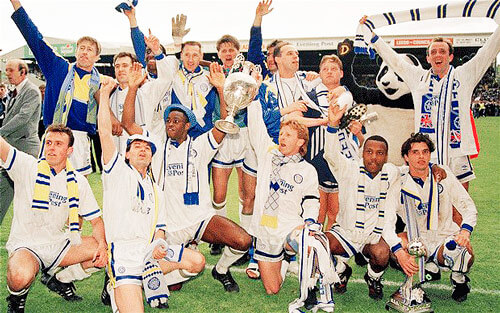 In October 1988, with the team 21st in the Second Division, Bremner was fired to make way for Howard Wilkinson. Leeds avoided relegation that season, and in March 1989 signed Gordon Strachan from Manchester United for £300,000. The Scottish midfielder was named captain and helped Leeds win the Second Division in 1989–90 and gain promotion back to the First Division. Under Wilkinson Leeds finished fourth in 1990–91, and in the 1991–92 season, they won the title of the last ever Division 1 as top tier, as the next season it was replaced by the Premier League.