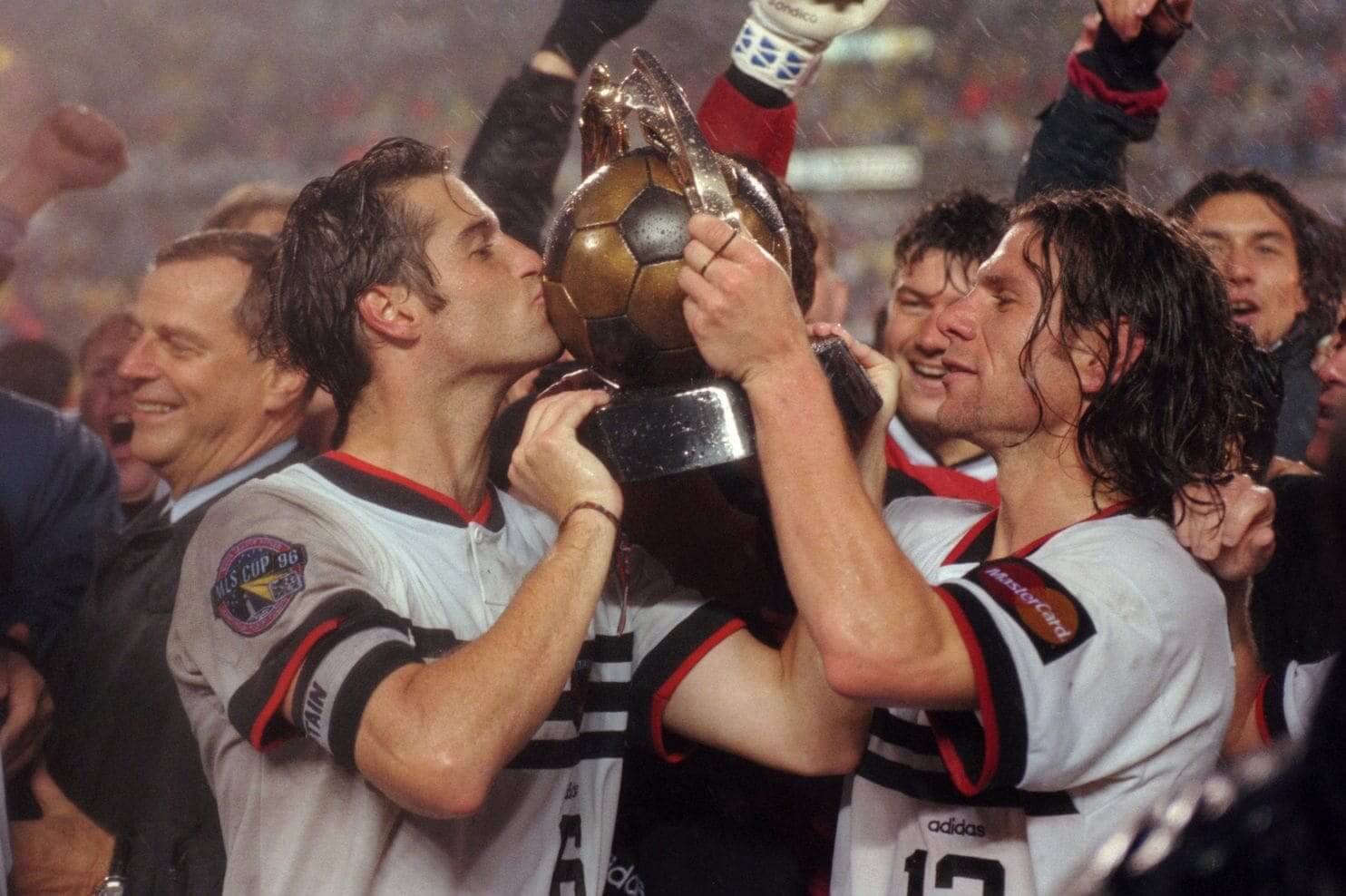 MLS Cup 1996 was the inaugural edition of the MLS Cup, the championship match of Major League Soccer (MLS), the top-level soccer league of the United States. Hosted at Foxboro Stadium in Foxborough, Massachusetts, on October 20, 1996, it was contested by D.C. United and the Los Angeles Galaxy to decide the champion of the 1996 season.

Both finalists finished in the top two spots of their respective conferences, with D.C. placing second in the East and Los Angeles atop the West. The two teams also had identical win-loss records in the first two rounds of the playoffs, losing the opening match of the Conference Semifinals and winning the remaining four matches of both rounds. The final match was played in heavy rain due to the proximity of Hurricane Lili, which also inundated the field. The MLS Cup had an attendance of 34,643 spectators, falling short of the 42,000 people who paid for tickets and included a large contingent of traveling D.C. supporters.

The match ended in a 3–2 victory for D.C. United, with a golden goal scored by Eddie Pope in overtime that followed a second-half comeback for the team. Los Angeles had taken a 2–0 lead in the 56th minute on goals by Eduardo Hurtado and Chris Armas but conceded two goals to D.C. in the second half to force overtime. Marco Etcheverry assisted both goals, which began as free kicks that were headed into the goal by substitutes Tony Sanneh and Shawn Medved. Etcheverry went on to take the corner kick that led to Pope’s goal and was named the man of the match.