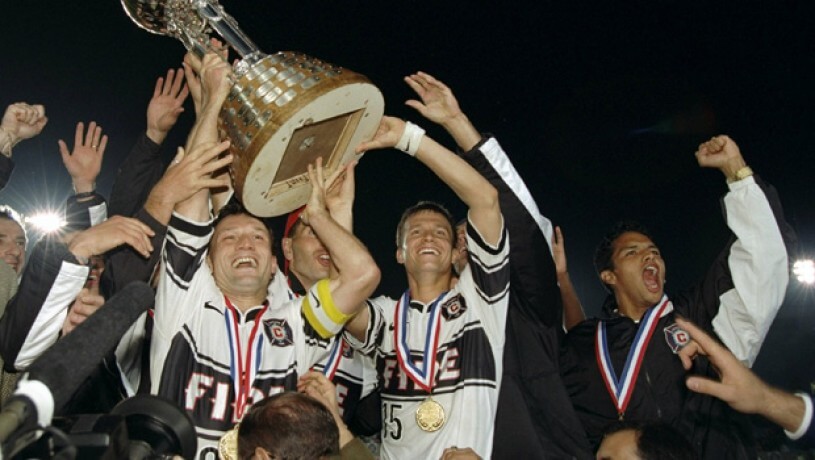 MLS Cup 1998 was the third edition of the MLS Cup, the championship match of Major League Soccer (MLS), which took place on October 25, 1998, at the Rose Bowl in Pasadena, California. It was contested by D.C. United, the two-time reigning champions, and the Chicago Fire, the first expansion team to reach the final. Chicago won the match 2–0, with goals from Jerzy Podbrożny and Diego Gutiérrez.

Chicago became the first expansion team to win the MLS Cup and also was the first MLS club to win both the league championship and the U.S. Open Cup in a single season, completing a domestic double. D.C., in turn, became the first team to reach three consecutive finals and the first club to fail to score; D.C. also posted the best record in MLS that year with 24 wins (the L.A. Galaxy also won that same number of games), which is also a record that stands today.

As the top two finishers in the MLS Cup Playoffs, both D.C. United and Chicago Fire earned the right to represent the United States in the 1999 CONCACAF Champions’ Cup. The clubs faced off once again in the third-place match of the continental tournament, almost a year after meeting in MLS Cup 1998. That match ended in a 2–2 draw.