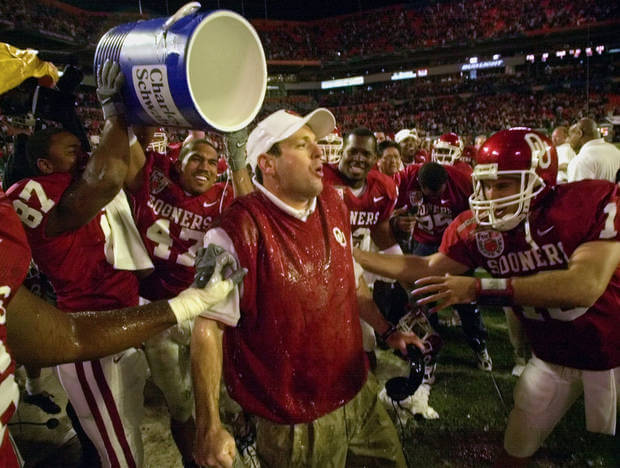 The 2000 NCAA Division I-A football season ended with the Oklahoma Sooners claiming their first national championship and their first conference championship since the departure of head coach Barry Switzer.

Oklahoma coach Bob Stoops was in his second season as head coach, has been the defensive coordinator of Steve Spurrier’s 1996 National Champion Florida Gators, and also having helped Bill Snyder turn the Kansas State Wildcats around in the early 1990s. Stoops erased a three-game losing streak against rival Texas by a score of 63–14, one of the worst defeats in Texas’ football history. Despite the lopsided victory, this game marked a return of the Red River Shootout to a rivalry game with national title implications.

The BCS title game was not without controversy, as the system shut fourth-ranked Washington out of the championship game, despite being the only team who had beaten each #2 Miami and #5 Oregon State and having the same 10-1 record as #3 Florida State during the regular season. 10–1 Miami, who handed #3 Florida State their only loss, was ranked higher in both the AP Writers’ Poll and the ESPN/USA Today Coaches’ Poll and had the same record as the Seminoles, was also seen as a possible title contender.