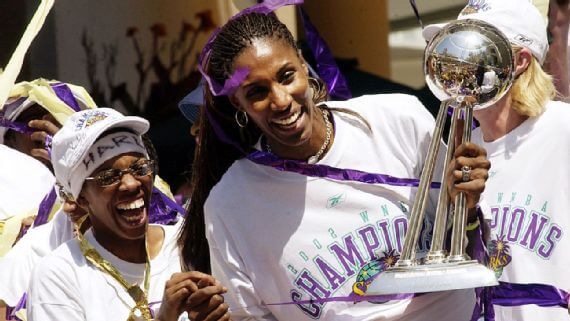 The 2002 WNBA Finals was the championship series of the 2002 WNBA season and the conclusion of the season’s playoffs. The Los Angeles Sparks, top-seeded champions of the Western Conference, defeated the New York Liberty, top-seeded champions of the Eastern Conference, two games to none in a best-of-three series. This was Los Angeles’ second title. As of 2017, this is the last time a WNBA franchise won back to back championships.

The Liberty made their fourth appearance in the Finals in franchise history. The Sparks made their second straight Finals appearance.

The Sparks went into the series as defending champions. 2002 marked their second WNBA championship. (The Houston Comets hold the record with four championships won.)