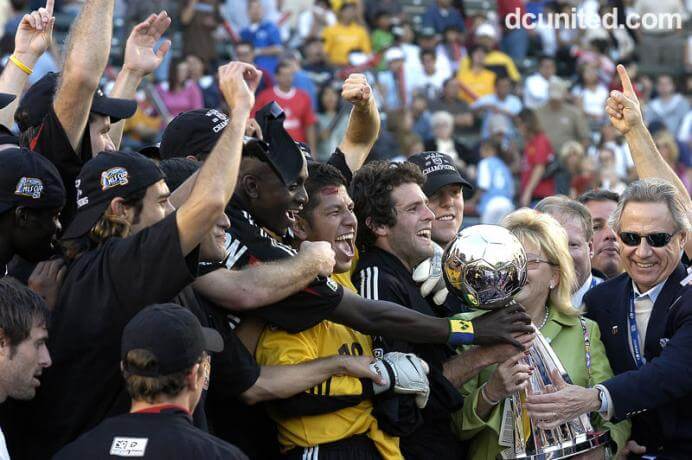 MLS Cup 2004 was the ninth edition of the MLS Cup, the championship match of Major League Soccer (MLS), which took place on November 14, 2004, at The Home Depot Center in Carson, California. It was contested between D.C. United and the Kansas City Wizards to decide the champion of the 2004 season. The two teams had qualified for the playoffs after seasons with mixed results that ended in top-two finishes in their respective conferences.

D.C. United won the match 3–2, scoring all three of its goals in a seven-minute span during the first half after the Wizards had taken an early lead. Alecko Eskandarian was named the match MVP for scoring the first two goals for D.C., one of which included an alleged handball that was uncalled. 2004 final featured the first red card in MLS Cup history, awarded for a handball which resulted in a penalty kick for Kansas City’s second goal. It was D.C. United’s fourth MLS Cup title and their first since 1999, and manager Peter Nowak became the first person to win the MLS Cup as a player and coach.