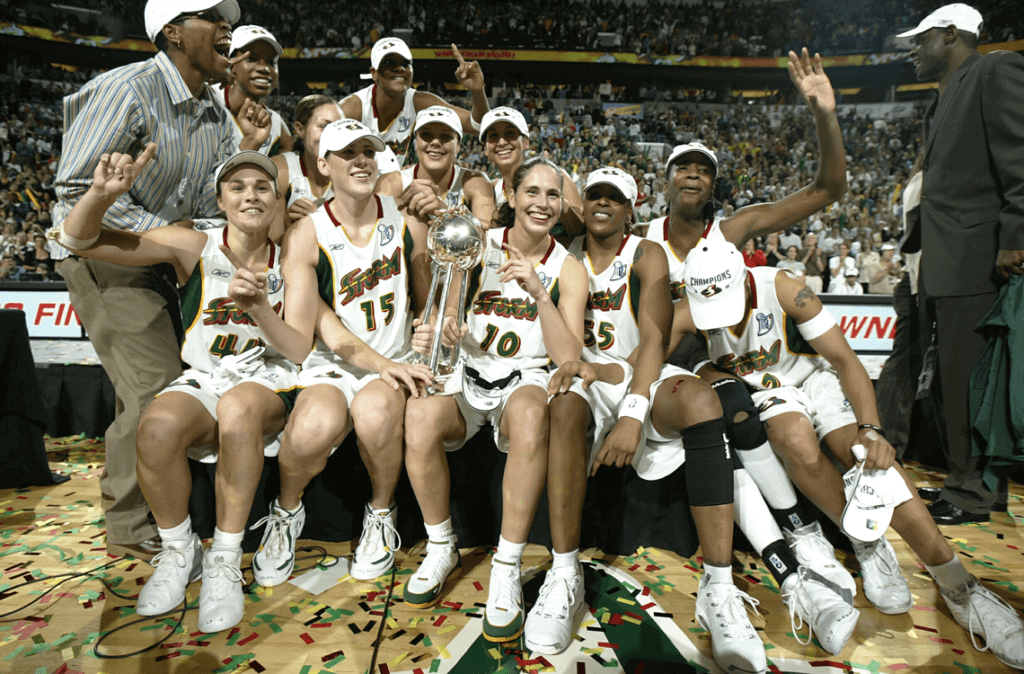 Going into the series, neither team had won a WNBA championship. The Houston Comets hold the record with four championships won.

The 2004 Finals was the last time two teams had entered the series without having participated in them before.