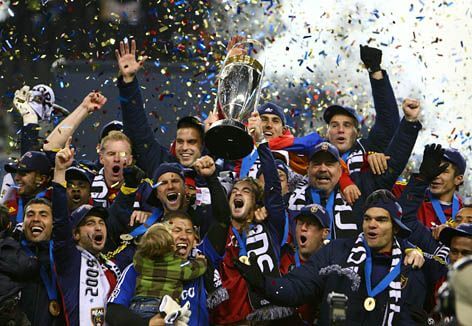 MLS Cup 2009 was the 14th edition of the MLS Cup, the championship match of Major League Soccer (MLS). The match took place on November 22, 2009, at Qwest Field in Seattle, Washington, and was contested between the Los Angeles Galaxy and Real Salt Lake.

Real Salt Lake won the match 5–4 in a penalty shootout following a 1–1 draw. Salt Lake goalkeeper Nick Rimando was named man of the match for making several saves in the shootout, allowing defender Robbie Russell to score the winning goal. It was the club’s first championship, coming in their fifth season in the league, and the second MLS Cup to be decided by a shootout.

An attendance of 46,011 people made the 2009 final the fourth-largest in MLS Cup history. It was also the first MLS Cup to be played on artificial turf. The match was broadcast in the United States on ESPN and Galavisión.