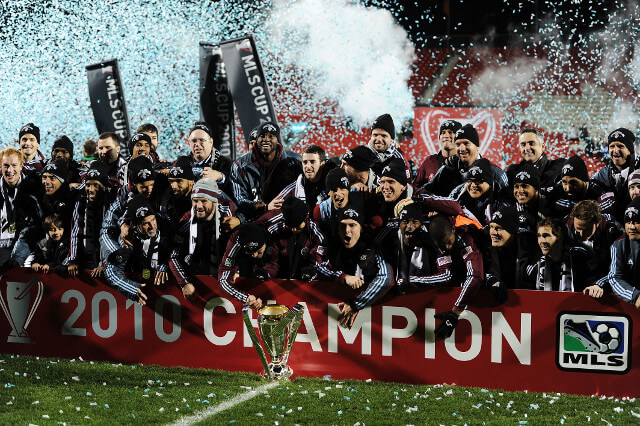 MLS Cup 2010, the 15th edition of Major League Soccer’s championship match, was played between the Colorado Rapids and FC Dallas to decide the champion of the 2010 season. The championship was played at BMO Field in Toronto, Ontario, Canada on November 21, 2010. Colorado Rapids won 2–1 over Dallas on an own goal in extra time, as a shot by Rapids forward Macoumba Kandji was deflected on goal by Dallas defender George John. Played in Toronto, it marked the first time the league championship was played outside the United States. It was the fourth MLS Cup to match two teams from the same conference against each other, and the third to feature only Western Conference teams.

The match kicked off at 8:30 pm EST and was televised by ESPN and Galavisión in the USA, and by TSN2 in Canada.

As a result of their victory, the Colorado Rapids earned direct Group Stage berth in the 2011–12 CONCACAF Champions League. FC Dallas earned a preliminary round spot in the Champions League.