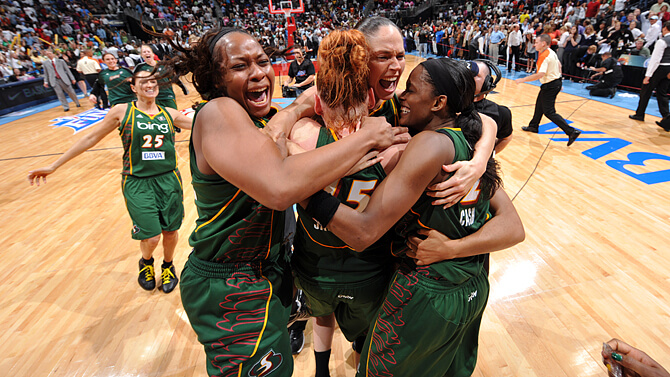 The WNBA Finals were under a 2–2–1 rotation, with the Storm holding home-court advantage as they had a better regular season record (28–6) than the Dream (19–15). This was the 1st time the teams have met in the championship round. The Dream made their first ever appearance in the Finals while the Storm made their second appearance, after winning the 2004 championship series.

The series ended with the Storm beating the Dream in Atlanta in a three-game sweep. This was only the second time in WNBA history that a team won the Finals three games to none (previously done by Detroit in 2008).