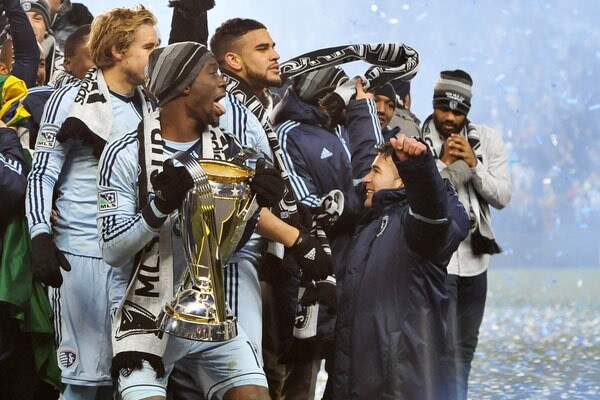 MLS Cup 2013, the 18th edition of Major League Soccer’s championship match, was a soccer match that took place on Saturday, December 7, 2013, between Sporting Kansas City and Real Salt Lake at Sporting Park in Kansas City, Kansas, United States. The match was to decide the winner of the 2013 season. Sporting KC was making their third appearance in the competition’s final, having won in 2000 and losing in 2004. RSL were appearing in their second final, having won their only other in 2009.

It was the first MLS Cup final to be held at Sporting Park and the second time the championship match was not held at a predetermined neutral site. Sporting Kansas City won the right to host the match by besting Real Salt Lake in the regular-season standings. This was the first time Kansas City hosted an MLS Cup final and the second final hosted at Sporting Park, the other being the 2012 U.S. Open Cup final.

The game was the coldest MLS match ever and was tied 1–1 after regulation time and extra time. The penalty shootout was won 7–6 by Sporting Kansas City, ending with the longest shootout in MLS Cup history at ten rounds.