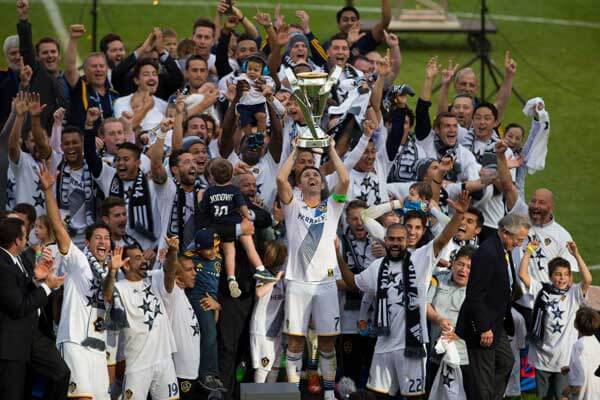 MLS Cup 2014 was the 19th edition of the MLS Cup, the match that determined the champion of Major League Soccer’s 2014 season. It is also the last MLS Cup to be held before the league’s rebranding in 2015. The Western Conference Champions LA Galaxy played the Eastern Conference Champions New England Revolution. The match was held at the Galaxy’s home field of the StubHub Center in Carson, California, as the Galaxy were awarded home advantage by finishing the regular season with more points than the Revolution. The Galaxy won 2–1 after Overtime, winning their fifth MLS Cup title and also sending all-time U.S. national team goal-scoring leader Landon Donovan into retirement with his sixth MLS Cup crown.