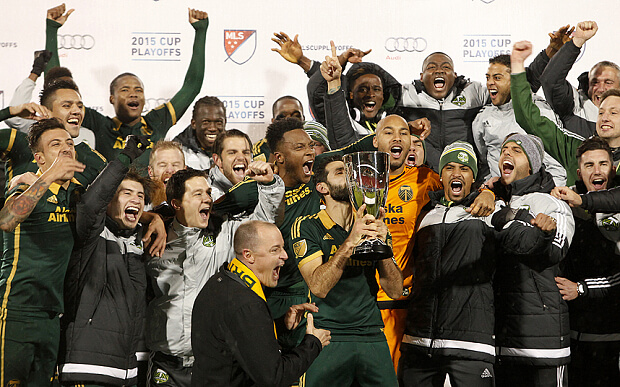 MLS Cup 2015 was the 20th edition of the MLS Cup, the championship game of Major League Soccer (MLS). The match was to determine the champion of MLS’ 2015 season. The championship was contested on December 6, 2015, between the Columbus Crew SC and the Portland Timbers at MAPFRE Stadium in Columbus, Ohio, with the latter winning 2–1 and earning a berth into the 2016–17 CONCACAF Champions League.

The Timbers’ Diego Valeri scored the fastest goal in MLS Cup history at 27 seconds after Crew goalkeeper Steve Clark miscontrolled his defender’s back-pass. Portland doubled their lead in the seventh minute with a goal by Rodney Wallace, and although Columbus got a goal back through Kei Kamara in the 18th minute, the Timbers held on for their first MLS Cup championship. It was the first men’s professional sports championship for a team from Portland, Oregon since the Portland Trail Blazers won the 1977 NBA championship.