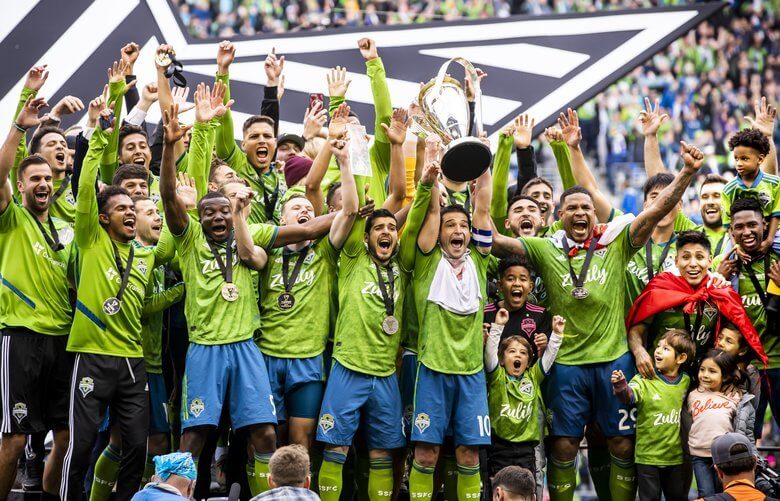 MLS Cup 2019 was the 24th edition of the MLS Cup, the championship match of Major League Soccer (MLS), and took place on November 10, 2019, at CenturyLink Field in Seattle, Washington, United States. The match was contested by Seattle Sounders FC and Toronto FC to determine the champion of the 2019 season. It was a rematch of the 2016 and 2017 editions of the MLS Cup, which were won by Seattle and Toronto, respectively. This was the third final for both teams and the first to be hosted by the Sounders, as both of the previous Seattle–Toronto finals were held at BMO Field in Toronto, Ontario, Canada.

The Sounders won 3–1 to claim their second MLS Cup title, in front of 69,274 spectators at CenturyLink Field, setting a new stadium record. All four of the goals were scored in the second half, beginning with a deflected shot by Kelvin Leerdam and followed by strikes from substitute Víctor Rodríguez (later named the match MVP) and Raúl Ruidíaz; Jozy Altidore scored a late consolation goal for Toronto in stoppage time. The match marked the conclusion of the 2019 MLS Cup Playoffs, which was contested by fourteen teams under a new single-elimination format that replaced the former two-legged ties. As a result, this was the earliest calendar date for the MLS Cup showdown since 2002.