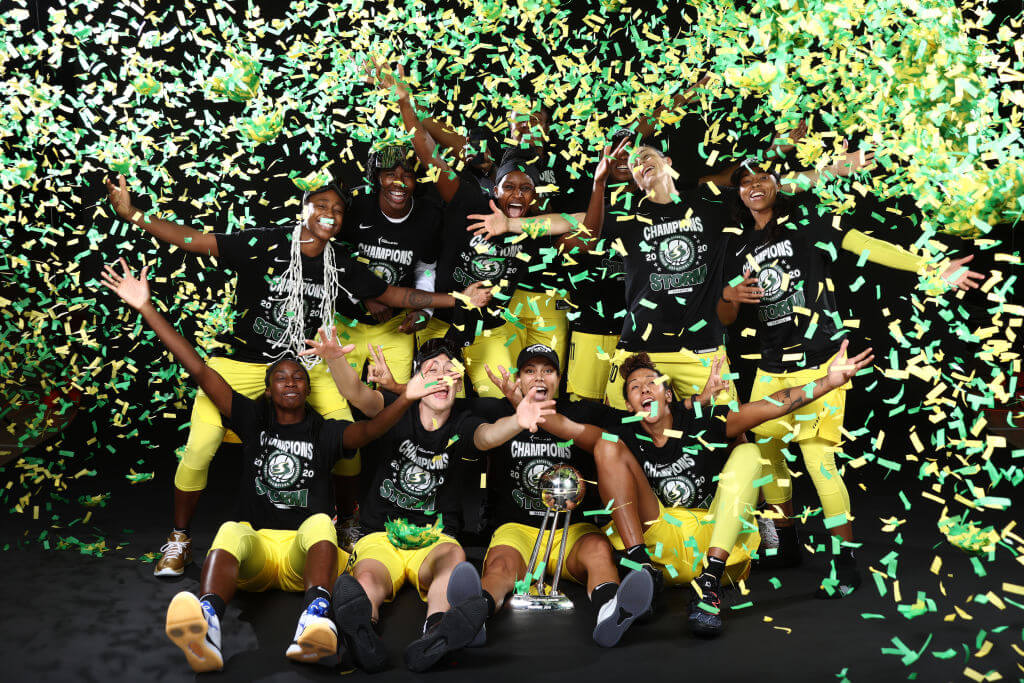 The 2020 WNBA Finals presented by YouTube TV was the best-of-five championship series for the 2020 season of the Women’s National Basketball Association (WNBA). The Finals feature the top-seeded Las Vegas Aces facing off against the second seed Seattle Storm. Despite losing both regular-season meetings against Las Vegas, the Storm dominated the series, sweeping the Aces in three straight games. Led by Finals MVP Breanna Stewart, Seattle won all three games by double-digits, claiming their second title in three years and fourth in franchise history.

The Finals were less affected than the regular season for the WNBA. Format and seeding remained the same as it has in recent years. However, the teams continued to play at the IMG Academy in Bradenton, Florida, thereby eliminating any home-court advantages teams might have had in normal playoffs. Dates for the playoffs remained largely the same as a normal season. No fans were allowed in the arena during the playoffs.