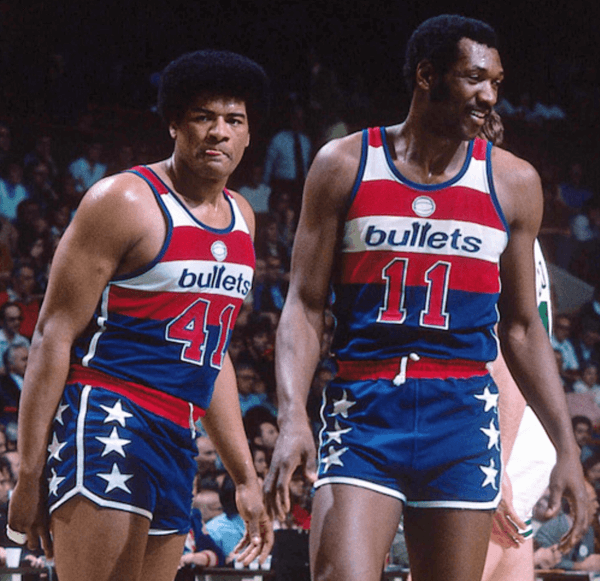 After the 1973–74 season, the Capital Bullets changed their name to the Washington Bullets.

The 60–22 Bullets made it back to the 1975 NBA Playoffs. That year, Washington posted a 36–5 home record at the Capital Centre. In the first round of the playoffs, they survived a seven–game series against the Buffalo Braves as both teams won all of their games at home. In the Eastern Conference finals, they beat the defending NBA champion Boston Celtics in six games to advance to the NBA Finals. The Bullets were favorites to win the NBA Championship, but were swept by the Al Attles-led Golden State Warriors in four games, losing games two and three at the Capital Centre.