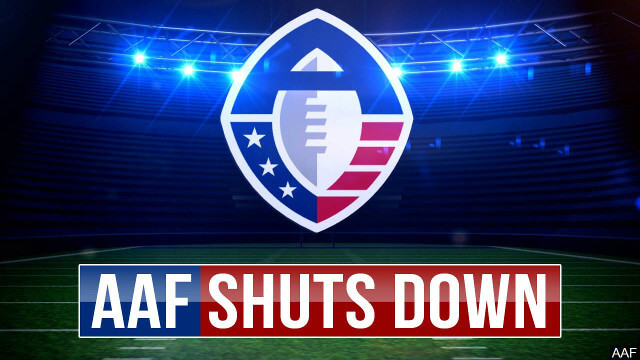 On April 2, 2019, the league’s football operations were reportedly suspended, and on April 4 the league allowed players to leave their contracts to sign with NFL teams. The league filed for Chapter 7 bankruptcy on April 17, 2019. The league left debts of over $1.4 million to three local hotels and $200,000 to a catering business.