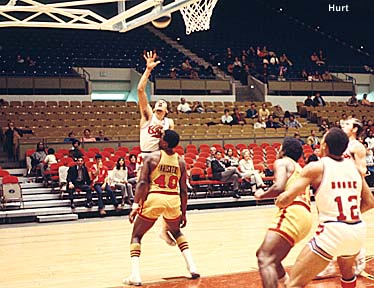 Haven and the league tried to move the Condors to a bigger market. However, they were unable to do so, and in June 1972 the ABA canceled the Condors franchise. The Condors’ roster was put into a dispersal draft; George Thompson went to the Memphis Tams, Mike Lewis to the Carolina Cougars, Skeeter Swift and James Silas to the Dallas Chaparrals, and Walt Szczerbiak to the Kentucky Colonels. John Brisker jumped to the Seattle SuperSonics of the NBA.