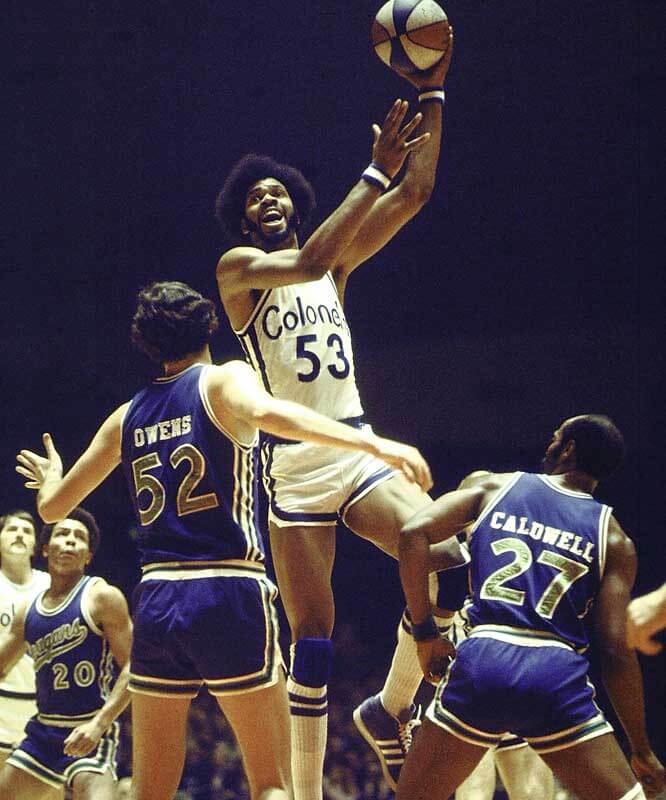 The Colonels claimed first place in the Eastern Division with a record of 58 wins and 26 losses but tied with the New York Nets for the division crown. The Colonels’ average home attendance was 8,727.

Colonels owner John Y. Brown offered one million dollars to the NBA Champion Golden State Warriors to play a world title game. The NBA and Golden State refused. Many believe the Colonels were the better team. Hubie Brown went on to coach many teams in the NBA but has always maintained (including in his Naismith Basketball Hall of Fame induction) that the 1974 – 1975 Colonels were the best team he coached.