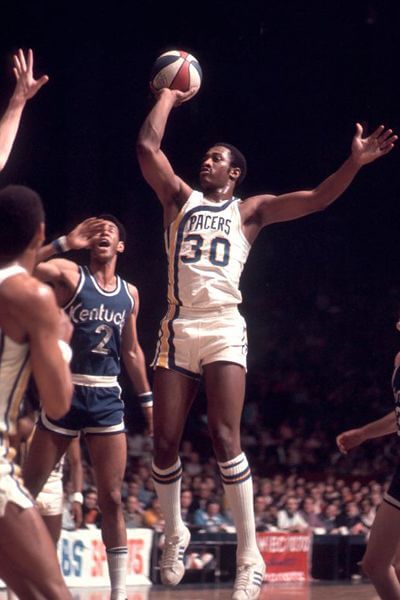 The teams with the three best records in the ABA that year failed to win the championship. The Carolina Cougars had the league’s best record at 57-27 (.679), one game ahead of the Kentucky Colonels (56-28, .667) in the Eastern Division. The Utah Stars won the Western Division with a record of 55-29 (.655), four games ahead of the Indiana Pacers, who won the league championship after posting a regular season record of 51-33 (.607).[1]

The Pacers became the first team to win a third ABA championship.

The Colonels became the first team to lose two separate ABA championship series. The series also marked the second time in three years that the Colonels lost the ABA finals 4 games to 3; the same happened at the end of the 1971 ABA Playoffs against the Utah Stars.

Two years after the 1973 finals the Colonels and Pacers would meet again at the end of the 1975 ABA Playoffs with the Colonels winning the championship series.

The Pacers’ George McGinnis was the Most Valuable Player of the ABA playoffs.