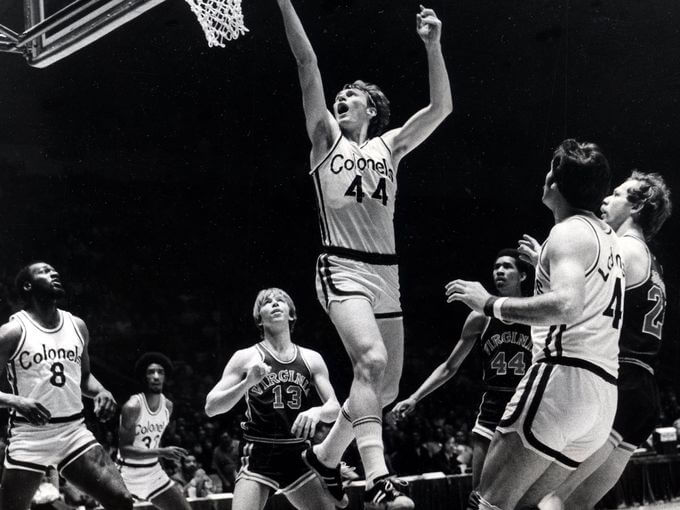 The ABA had entered the 1975 – 1976 preseason with ten teams. After three preseason games, the Baltimore Claws were shut down by the league due to financial problems and unpaid bills. The San Diego Sails and the Utah Stars each folded shortly after the season began, the Sails after 11 games, and the Stars after 16. The ABA was reduced to seven teams for the remainder of the season. Shortly after the regular season ended, the Virginia Squires were forced to fold because they could not meet a league-mandated financial assessment. The six remaining ABA teams began negotiations for the eventual ABA–NBA merger. In the end, the NBA agreed to take in four teams—but the Colonels weren’t among them.

On July 17, 1976, the Kentucky Colonels ceased to exist as John Y. Brown, Jr. agreed to fold the Colonels in exchange for $3 million. Brown used the money to purchase the Buffalo Braves of the NBA, bringing Colonels head coach Joe Mullaney and point guard Bird Averitt with him to Buffalo. The Braves are now known as the Los Angeles Clippers.

In contrast to Brown receiving $3 million in cash for the Colonels, the Spirits of St. Louis’ owners received $2.2 million in cash along with a 1/7 share of each of the four remaining teams’ television income in perpetuity. That deal has been estimated to have generated over $250 million in the years since.