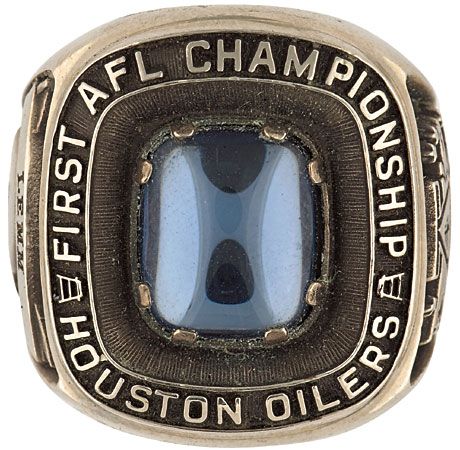 The AFL had established a format in which championship games would be alternated each year between the Western Division winners and the Eastern Division. The first game was originally scheduled to be played in the cavernous Los Angeles Coliseum, but it was moved to the cozier Jeppesen Stadium in Houston, where it drew 32,183. It rained five days prior to the game.

Oilers’ quarterback George Blanda had retired after ten seasons in the NFL and did not play during the 1959 season; he threw three touchdown passes (and kicked a field goal and three extra points) to lead Houston to the first AFL title, 24–16.