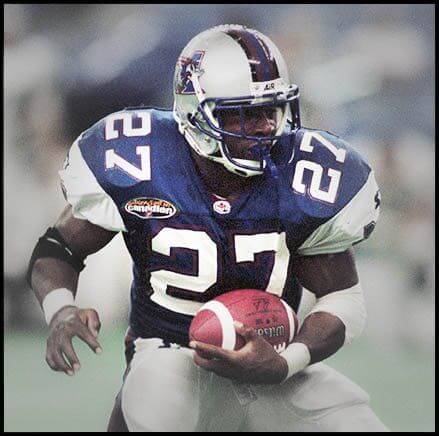 In 1997, Speros (owner of the Baltimore Stallions) sold the team to developer and investor Robert Wetenhall, who still owns the team today. Smith stepped down as league commissioner and became president of the Alouettes. The revived Alouettes franchise played their first two seasons at Olympic Stadium, but attendance in the cavernous domed stadium was very poor at first. The future of the franchise was very much in doubt until a twist of fate revitalized the floundering club. When a scheduled November 1997 U2 concert at Olympic Stadium conflicted with an unexpected home playoff game against the Lions (due to the CFL’s ‘cross-over’ playoff format), the team decided to move the game to Molson Stadium, where they had played from 1954 to 1967. Interest in the team soared and the game was sold out, prompting the team to relocate permanently to the smaller venue beginning with the 1998 season. At the time of the Alouettes’ return to Molson, the stadium’s capacity was 20,202; an expansion completed prior to the 2010 season brought the current capacity to 25,012. Prior to every Sunday home game, the club plays “Sunday Bloody Sunday” over the PA system in tribute to the unintended role U2 played in saving the franchise.