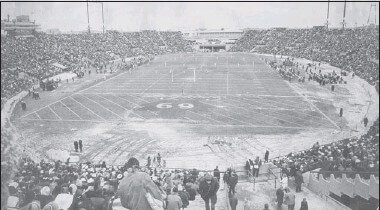 Canadian football has a long history in Montreal, dating to the 1850s. The Alouettes were first formed in 1946 by Canadian Football Hall of Famer Lew Hayman along with businessmen Eric Cradock and Léo Dandurand. They named themselves after “Alouette”, a work song about plucking the feathers from a skylark, which had become a symbol of the Québécois. The origin of the team’s name also comes from the 425 Tactical Fighter Squadron – the Royal Canadian Air Force’s first French Canadian squadron.