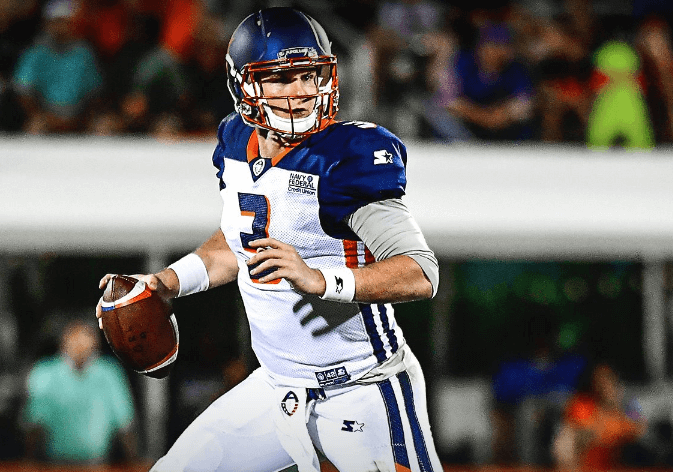 The Orlando Apollos was a professional American football franchise based in Orlando, Florida, and one of the eight members of the Alliance of American Football (AAF), which began play in February 2019. The team played its home games at Spectrum Stadium on the campus of the University of Central Florida. They were coached by Heisman Trophy winner and former college and National Football League (NFL) head coach Steve Spurrier. NFL front office veteran Tim Ruskell was the general manager and longtime college athletics executive Michael P. Waddell was the team president.

The team’s name was inspired by the Greek god Apollo, and his and Florida’s connections to the Sun, while the team’s colors of orange and navy were tributes to Florida’s sunshine and the Apollo program, respectively. The team’s helmets depicted Apollo, who commonly pictured as an archer, shooting a bow-and-arrow.