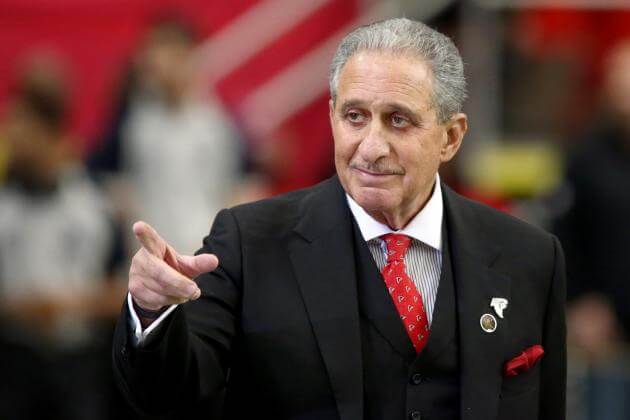 Smith continued to manage day-to-day operations of the team until 1990, when he turned control of the team over to his son Taylor Smith. The team was sold to Arthur M. Blank in 2002 for $545 million. In February 2002, Blank purchased the Atlanta Falcons franchise in the National Football League from owner Taylor Smith, the son of team founder Rankin M. Smith, Sr., who took over the team after the elder Smith’s death.