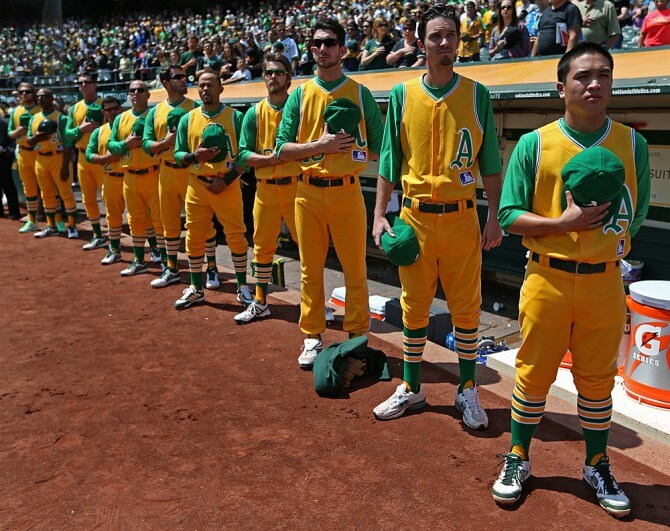 Then on October 18, 1967, A.L. owners, at last, gave Finley permission to move the Athletics to Oakland for the 1968 season. According to some reports, Cronin promised Finley that he could move the team after the 1967 season as an incentive to sign the new lease with Municipal Stadium. The move came in spite of approval by voters in Jackson County, Missouri of a bond issue for a brand new baseball stadium, the eventual Kauffman Stadium to be completed in 1973. Then U.S. Senator Stuart Symington of Missouri blasted Finley on the floor of the Senate, calling Oakland “the luckiest city since Hiroshima.” When Symington threatened to have baseball’s antitrust exemption revoked, the owners responded with a hasty round of expansion. Kansas City was awarded an American League expansion team, the Royals. They were initially slated to begin to play in 1971. However, Symington was not willing to have Kansas City wait three years for another team, and renewed his threat to have baseball’s antitrust exemption revoked unless the teams began to play in 1969. The owners complied.