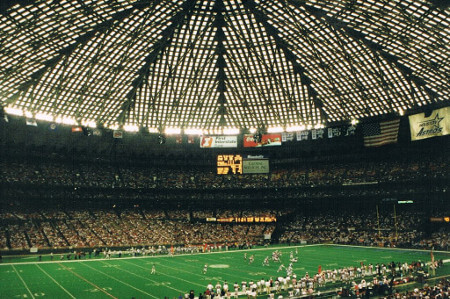 The Oilers won the AFL Eastern Division title again in 1967, then became the first professional football team to play in a domed stadium, when they moved into Houston’s Astrodome for the 1968 season. Previously, the Oilers had played at Jeppesen Stadium at the University of Houston (now called Robertson Stadium) from 1960 to 1964, and Rice University’s stadium from 1965 to 1967.