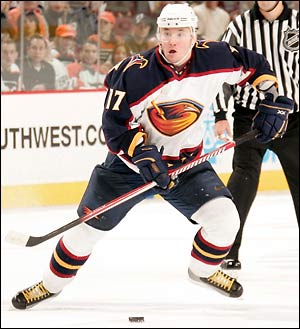 After the departure of the IHL’s Atlanta Knights from 1992 to 1996 to become the Quebec Rafales, the city was awarded an NHL franchise on June 25, 1997, as part of a four-team tiered expansion. This also included teams in Nashville, Columbus, and St. Paul, in which each new franchise would begin play as its respective new arena was completed. The birth of the new franchise marked NHL hockey’s return to Georgia, as the Atlanta Flames, established in 1972, departed for Canada in 1980 to become the Calgary Flames.