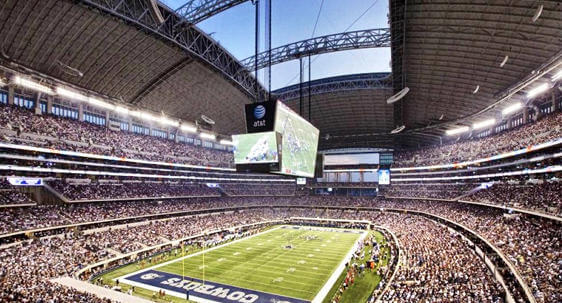 AT&T Stadium, previously named Cowboys Stadium, is a domed stadium with a retractable roof in Arlington, Texas. After failed negotiations to build a new stadium on the site of the Cotton Bowl, Jerry Jones along with the city of Arlington, Texas a suburb of Fort Worth, funded the stadium at a cost of $1.3 billion. The stadium is located in Tarrant County, the first time the Cowboys will call a stadium home outside of Dallas County. It was completed on May 29, 2009, and seats 80,000, but is expandable to seat up to 100,000. Cowboys Stadium is the largest domed stadium in the world.