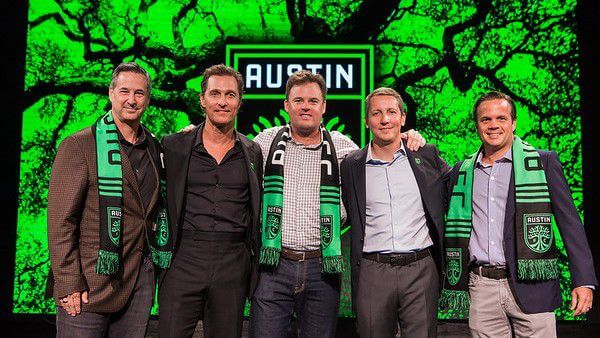 In October 2018, an Ohio-based group which includes Jimmy and Dee Haslam, owners of the National Football League’s Cleveland Browns, and Columbus-based physician and businessman Pete Edwards, announced their intentions to acquire the Columbus Crew SC to keep the team from moving. MLS officials stated that if the transfer of the Crew’s operating rights were successful, Austin FC would be established as an expansion team operated by Precourt to begin to play by 2021.

On December 19, 2018, Precourt Sports Ventures and the City of Austin reached a financing agreement for a new soccer-specific stadium to be constructed at McKalla Place, which is projected to open by early 2021. Nine days after finalizing the stadium deal, Precourt Sports Ventures reached an agreement in principle to transfer the operating rights of the Columbus Crew SC to the Haslam and Edwards families in January 2019.

On January 15, 2019, Austin FC was officially announced as an MLS club with a 2021 start date. In July 2019, the ownership group was renamed to Two Oak Ventures and later expanded to include local celebrities and businesspeople.

Josh Wolff was named the club’s first head coach on July 23, 2019 and Claudio Reyna was announced as their sporting director on November 21.