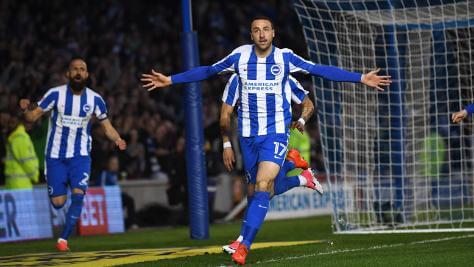 Brighton’s first season back in the Premier League was largely successful, with the club rising into the top half several times in the season. Despite falling to one point above the relegation zone in January, victories over Arsenal and Manchester United in the final months of the campaign helped secure a finish of 15th.

Brighton’s second season in the Premier League was inconsistent. Despite a promising start, the team had a disastrous second half of the season, achieving just 3 wins in their last 18 games. In the FA Cup, Brighton reached the semi-finals for the first time since 1983, losing 1–0 to Manchester City. Albion ultimately survived relegation with a 17th-place finish, but Hughton was sacked following the end of the season due to the poor run of results.