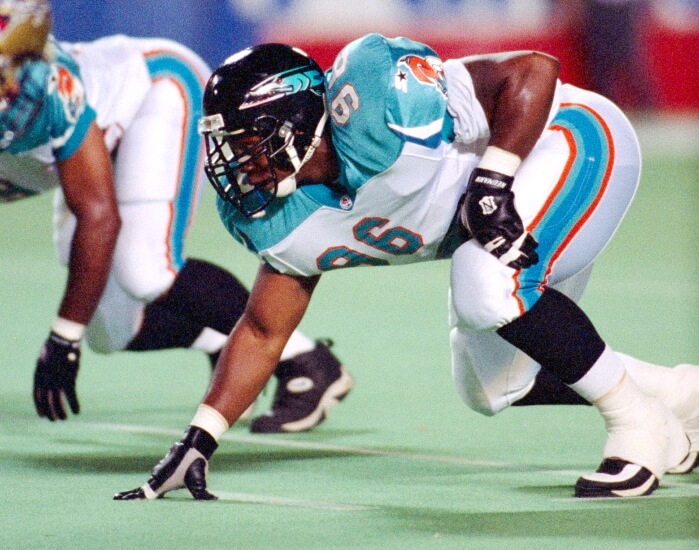 Owner Art Williams estimated that he had spent $10 million to launch the Barracudas, and had probably lost at least that, if not more, during the season. He also began criticizing the Canadian Football League, and its unique concept. Along with other U.S. owners, Williams wanted several changes made:

The biggest change Williams wanted, however, was to move the season to the spring; he was not willing to risk another season of going head-to-head with college football. When the league refused to go along, Williams decided to get out. A day after losing in the South semifinals, he announced that the ‘Cudas would not return to Birmingham in 1996 if they returned at all. In January 1996, he sold the team for $750,000—a significant loss, based on his own estimates—to a group of investors called Ark-La-Tex Football Association, who intended to move the team to Shreveport as a replacement for the Shreveport Pirates, who had collapsed under the mismanagement of infamous CFL owner Bernard Glieberman. The Pirates had been barely competitive on the field (winning only eight games in two years) and hamstrung by Glieberman off it, but nevertheless had managed to attract a fairly consistent and numerous fan base compared with the established CFL teams that didn’t disappear when college football season started. Although Shreveport was far smaller than Birmingham, it was thought that moving the ‘Cudas there would match a team that had made a good showing in its first season with a market that was at least potentially capable of supporting it. The relocation, which hinged upon league approval, would have been part of a plan to keep at least three American teams in the CFL, all in or near Texas: the Baltimore Stallions would have moved to Houston, while the San Antonio Texans would stay where they were.

By the end of January, it became clear that the league was no longer interested in playing in the United States. The league rejected the sale of the Barracudas and ordered them to shut down along with the Texans, The Stallions ownership group was concurrently awarded the remains of the long-dormant Montreal Alouettes franchise. Without a second American team, Anderson was unwilling to go it alone and folded the Texans, ending the CFL’s American experiment. Williams would go on to purchase the Tampa Bay Lightning in 1998 and sell the club a year later.