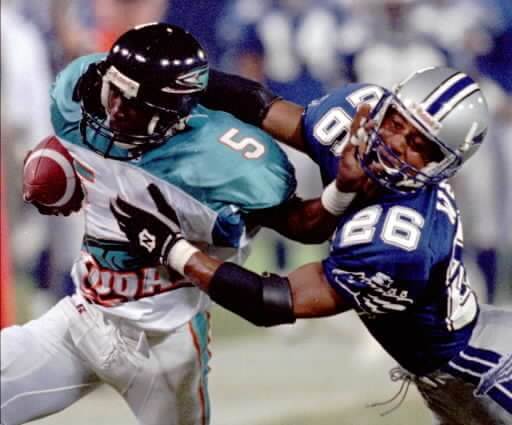 Insurance tycoon, former high school football coach, and motivational speaker Art Williams was awarded a CFL expansion franchise in Birmingham. He wanted a nickname for the team that would “scare the spit out of people,” and chose Barracudas.

The Barracudas hired an experienced head coach in Jack Pardee, who had coached at the college level with the University of Houston and at the professional level with the WFL, USFL, and NFL. (Pardee is perhaps better known as one of the few six-man football players to have ever made it to the professional leagues; his knowledge of that wide-open game proved to serve him well in the similarly wide-open CFL.) The Barracudas were also led by veteran CFL quarterback Matt Dunigan, who had his greatest season while in Birmingham.