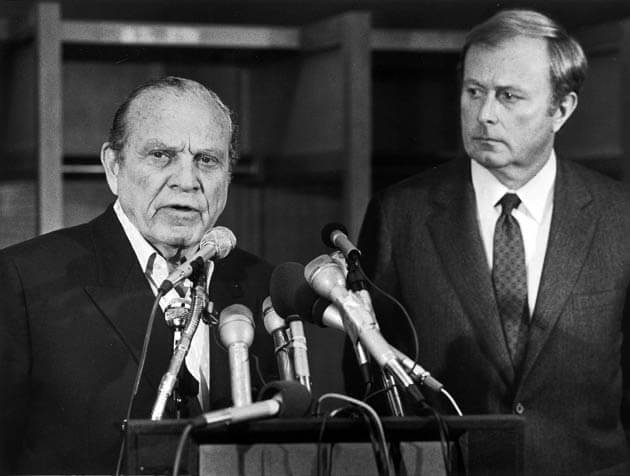 In October 1983, original team owner Sam Schulman sold the SuperSonics to Barry Ackerley, initiating a period of decline and mediocrity for the franchise. 1984 saw Fred Brown retire after playing 13 productive seasons, all with Seattle. His career reflected much of the SuperSonics’ history to that time, having been on the same team roster as Rule and Wilkens during his rookie season, playing a key role on Seattle’s first playoff teams, and being the team’s important sixth man during the championship series years. In recognition of his many contributions to the team, Brown’s number was retired in 1986. Lenny Wilkens left the organization following the 1984 – 1985 season, and when Jack Sikma was traded after the 1985 – 1986 season, the last remaining tie to the SuperSonics’ championship team (aside from trainer Frank Furtado) had been severed.