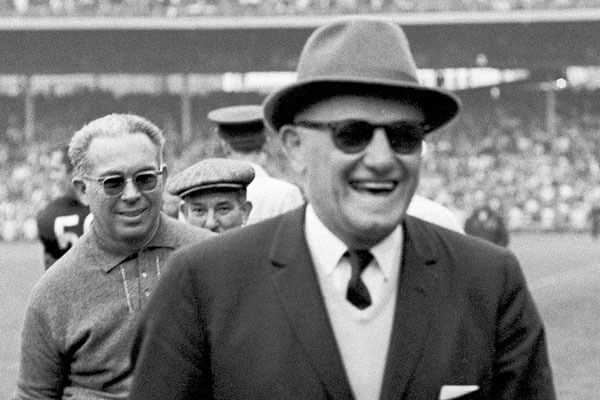 In 1922, Halas changed the team name from the Staleys to the Bears. The team moved into Wrigley Field, which was home to the Chicago Cubs baseball franchise. As with several early NFL franchises, the Bears derived their nickname from their city’s baseball team some directly, some indirectly like the Bears, whose young are called “cubs”. Halas liked the bright orange-and-blue colors of his alma mater, the University of Illinois, and the Bears adopted those colors as their own, albeit in a darker shade of each the blue is a navy blue, and the orange is Pantone 1665, similar to burnt orange.