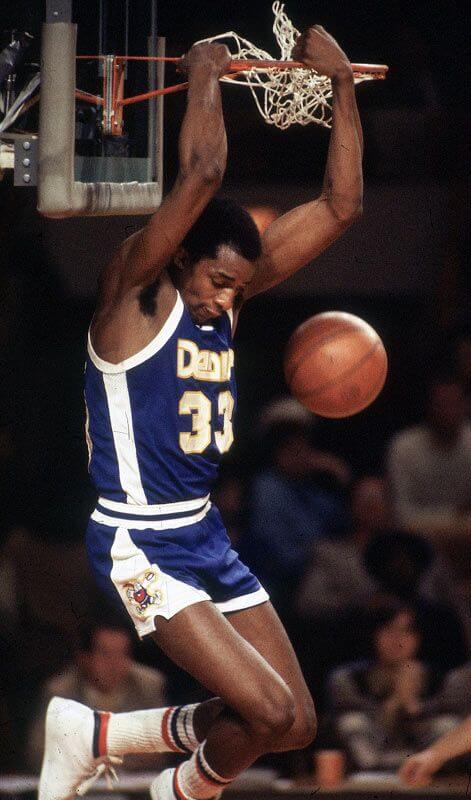 Ringsby sold the team to San Diego businessmen Frank Goldberg and Bud Fischer in 1972. In 1974, in anticipation of moving into the NBA, and the new McNichols Arena the franchise held a contest to choose a new team nickname, as “Rockets” was already in use by the Houston Rockets. The winning choice was “Nuggets,” in honor of the original Nuggets team in Denver from 1948 – 1950, the last year as a charter member of the NBA. Their new logo was a miner “discovering” an ABA ball. Goldberg and Fischer in turn sold the team to a local investment group in 1976.

With the drafting and signing of future hall of fame player David Thompson out of North Carolina State, Marvin Webster and the acquisitions of Dan Issel and Bobby Jones and with Larry Brown coaching, they had their best seasons in team history in their first two seasons as the Nuggets. Playing in the Denver Auditorium Arena for the last season the 1974–75 team went 65-16, including a 40-2 record at home. However, a quick playoff exit followed.