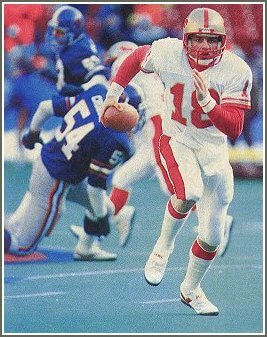 The owner was Cincinnati financier and Birmingham native Marvin Warner. The team’s coach was Rollie Dotsch, who was previously an assistant with the Pittsburgh Steelers during its Super Bowl years and ended up with the second most wins in USFL history. The Stallions starting QB in 1984 & 1985 was Cliff Stoudt, a long-time backup to Terry Bradshaw with the Steelers. Stoudt had finally taken over for the injured Bradshaw in 1983 and had played very well for the first half of the season, but his game fell apart in the second half of the season leading Steeler fans to harshly turn on him. After the season, Stoudt quickly decided it wasn’t worth staying in Pittsburgh and signed with the Stallions. (Amusingly, the expansion Pittsburgh Maulers’ lone sellout was the game where Cliff Stoudt returned to Pittsburgh. Steeler fans pelted the hated Stoudt with snowballs throughout the game, but Stoudt and Birmingham won, 30-18.)