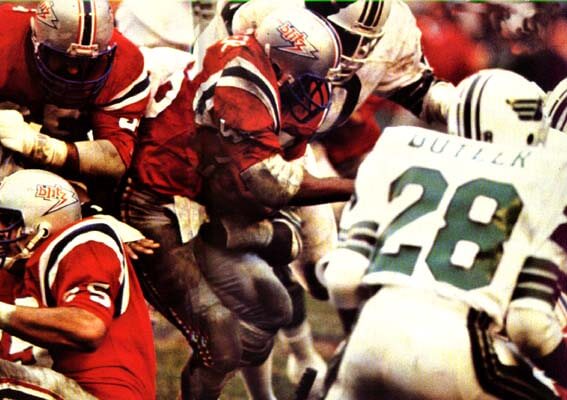 The Blitz was one of the twelve charter franchises of the USFL. The owner was originally slated to be J. Walter Duncan, an Oklahoma oil magnate who had grown up in Chicago. However, league founder David Dixon persuaded Duncan to take on ownership of the New York City franchise–what became the New Jersey Generals–after its original owner, Donald Trump, pulled out.

With Duncan’s withdrawal, legendary NFL coach George Allen and Southern California developer Bill Harris applied for the vacant Chicago franchise. A search for capital led them to renowned heart surgeon Dr. Ted Diethrich, who had originally expressed interest in a franchise for his hometown of Phoenix. However, he agreed to join Allen and Harris’ group in return for controlling interest. Diethrich served as president, with Harris as executive vice president and Allen as chairman of the board and head coach.