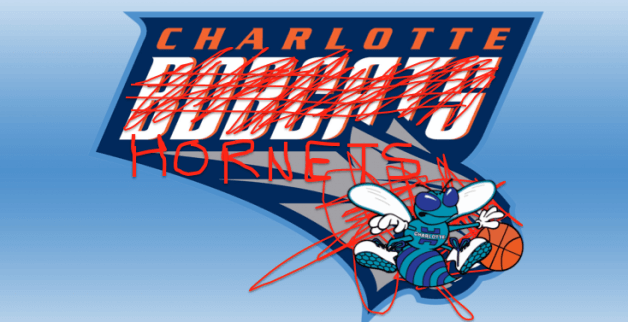 2014 - Bobcats changed their name to the Hornets

To restate and clarify a confusing series of events: after the 2002 season, the original Hornets moved to New Orleans. In 2004, Charlotte was granted a new franchise, the Bobcats. After the 2013 – 2014 season, the Bobcats changed their name to the Hornets and reclaimed the history and records of the 1988 – 2002 Hornets. As a result, the Hornets are now retconned as having suspended operations from 2002 to 2004, while the Pelicans are now retconned as having joined the league in 2002 as an expansion team.