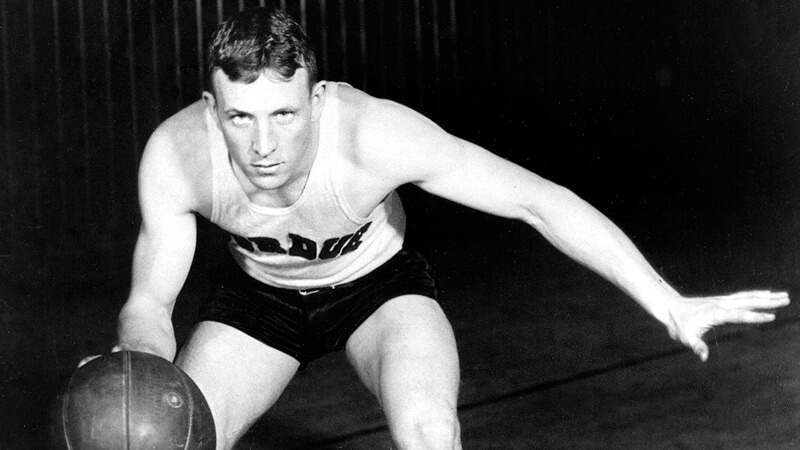 After graduating from high school in 1928, he attended Purdue University and was coached by Ward “Piggy” Lambert. The 1932 Purdue team on which he played as a senior was retroactively recognized as the pre-NCAA Tournament national champion by the Helms Athletic Foundation and the Premo-Poretta Power Poll. John Wooden was named All-Big Ten and All-Midwestern (1930 – 1932) while at Purdue, and he was the first player ever to be named a three-time consensus All-American. He was also selected for membership in the Beta Theta Pi fraternity. Wooden is also an honorary member of Alpha Phi Omega National Service Fraternity. Wooden was nicknamed “The Indiana Rubber Man” for his suicidal dives on the hardcourt. He graduated from Purdue in 1932 with a degree in English.