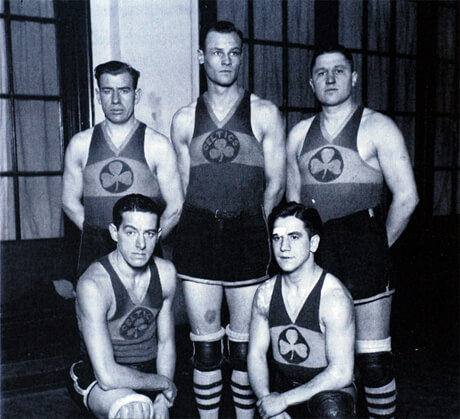 The Boston Celtics were formed on June 6, 1946, by Boston Garden-Arena Corporation President Walter A. Brown as a team in the Basketball Association of America, and became part of the National Basketball Association after the absorption of the National Basketball League by the BAA in the fall of 1949. In 1950, the Celtics signed Chuck Cooper, becoming the first NBA franchise to draft a black player.