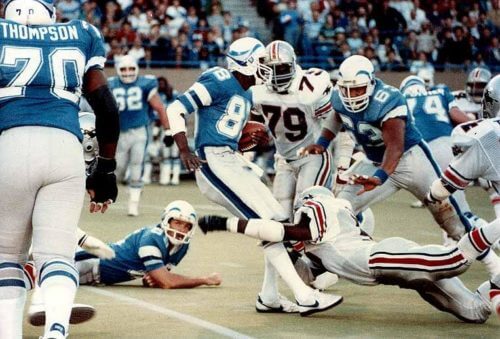 The team started out in 1983 as the Boston Breakers, owned by Boston businessman George Matthews and former New England Patriots wide receiver Randy Vataha. However, finding a stadium proved difficult. The largest stadium in the region was Schaefer Stadium in Foxborough, home of the Patriots. However, it was owned by the Sullivan family, owners of the Patriots and Matthews and Vataha were not willing to have an NFL team as their landlord. As a result, their initial choice for a home facility was Harvard Stadium, but Harvard University rejected them almost out of hand. They finally settled on Nickerson Field on the campus of Boston University, which seated only 21,000 people–far and away from the smallest stadium in the league. The team’s cheerleaders were called “Heartbreakers.”