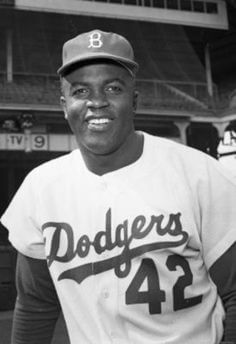 For most of the first half of the 20th century, no Major League Baseball team employed a black player. A parallel system of Negro Leagues developed, but most of the Negro League players were denied a chance to prove their skill before a national audience. Jackie Robinson became the first African-American to play Major League baseball in the 20th Century when he played his first major league game on April 15, 1947, as a member of the Dodgers. Robinson’s entry into the league was mainly due to General Manager Branch Rickey’s efforts. The deeply religious Rickey’s motivation appears to have been primarily moral, although business considerations were also present. Rickey was a member of The Methodist Church, the antecedent denomination to The United Methodist Church of today, which was a strong advocate for social justice and active later in the Civil Rights movement.