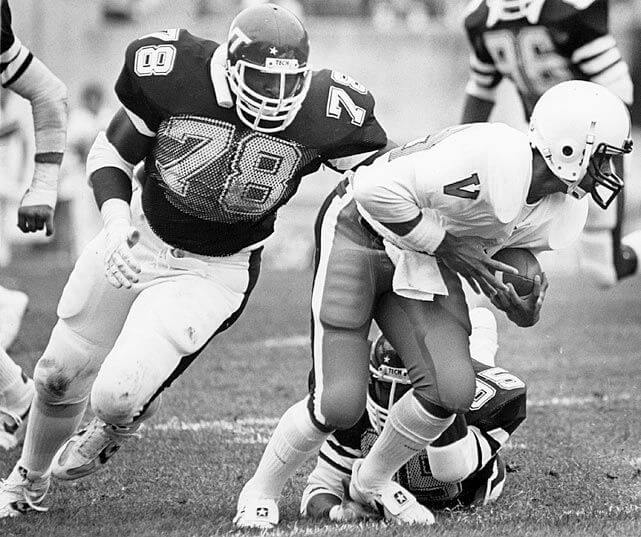 Following an all-state high school career, Smith accepted an athletic scholarship to Virginia Tech. Known as “The Sack Man” at Virginia Tech, Smith finished his college career in 1984 as the most honored player in Hokie history. Foreshadowing his future success in pursuing quarterbacks in the NFL, he had a career total of 71 tackles behind the line of scrimmage, for losses totaling 504 yards. Smith had 46 career sacks, including an NCAA-leading 22 during a junior season in 1983 that saw him named First-team All-America by the AFCA (Coaches) and Newspaper Enterprise Association. In 1984, Smith capped off his tenure in Blacksburg with the Outland Trophy, given to the nation’s top lineman, and a consensus selection to the All-America Team. His accomplishments at Virginia Tech earned him a spot in the Virginia Tech Sports Hall of Fame.