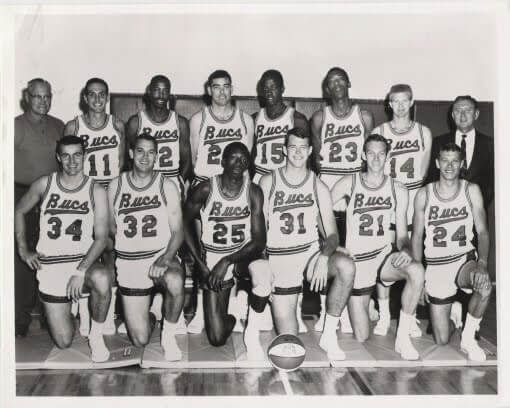 With the founding of the ABA on February 2, 1967, a charter franchise was awarded to a group of seven investors, including Morton Downey, Jr. The group obtained their franchise for $1,000 as opposed to the $30,000 fronted by most other original teams. Charles G. Smither, one of the seven owners, served as team president; another of the investors, Maurice M. Stern, was operations manager. The team was named the New Orleans Buccaneers and former Mississippi State University head coach Babe McCarthy was signed as its first coach. Among the team’s first players were Doug Moe, Larry Brown, Gerald Govan, Jimmy Jones, and Red Robbins.