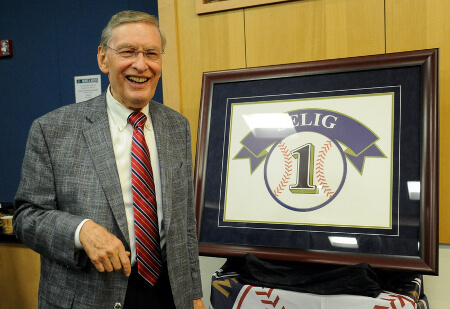 On January 16, 2004, Selig announced that his ownership group was putting the team up for sale, to the great relief of many fans who were unhappy with the team’s lackluster performance and poor management by his daughter, Wendy Selig-Prieb, over the previous decade. In September 2004, the Brewers announced they had reached a verbal agreement with Los Angeles investment banker Mark Attanasio to purchase the team for a reported US$223 million. The sale to Attanasio was completed on January 13, 2005, at Major League Baseball’s quarterly owners meeting. Other members of Attanasio’s ownership group include private equity investors John Canning, Jr.., David Uihlein, Harris Turer, and Stephen Marcus, all of whom were involved with the previous ownership group led by Major League Baseball commissioner Bud Selig. Since taking over the franchise, Attanasio has worked hard to build bridges with Milwaukee baseball fans, including giving away every seat to the final home game of 2005 free of charge and bringing back the classic “ball and glove” logo of the club’s glory days on “Retro Friday” home games, during which they also wear versions of the team’s old pinstriped uniforms.