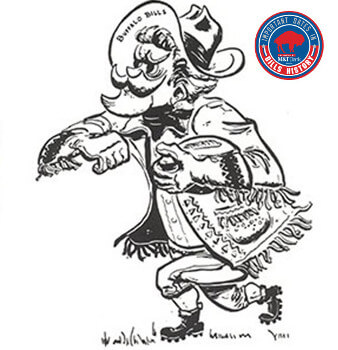 The Buffalo Bills were a charter member of the American Football League (AFL) in 1960. After a public contest, the team adopted the same name as the AAFC Buffalo Bills, the former All-America Football Conference team in Buffalo. The AAFC Bills franchise was named after the Buffalo Bills a popular barbershop quartet, whose name was a play on the name of the famed Wild West showman Buffalo Bill Cody. The franchises are not officially related, other than in name, to each other.