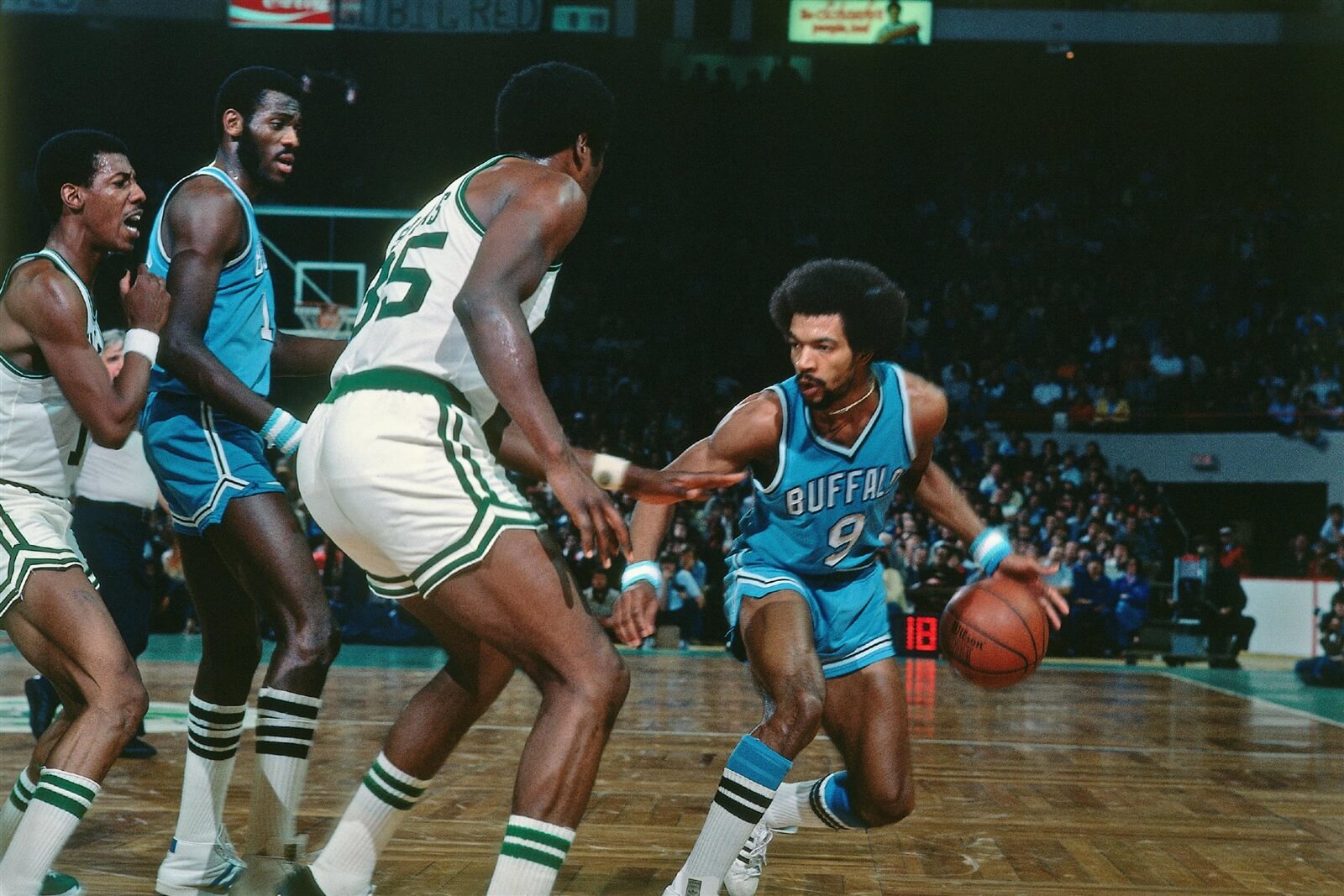 With a roster made up primarily of castoffs, the Buffalo Braves got off on the right foot by beating the Cleveland Cavilers 107-92 at Buffalo’s Historic Aud. on October 14th. However, the Braves would drop their next nine games as they took on established NBA teams on the way to finishing in the last place in the Atlantic Division with a typical expansion team record of 22-60, which was seven games better than the Cavaliers their partners in expansion.