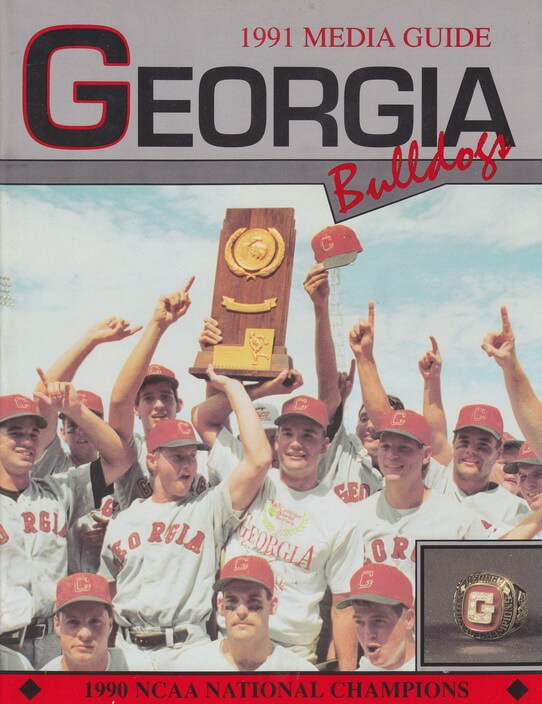 The 1990 NCAA Division I Baseball Tournament was played at the end of the 1990 NCAA Division I baseball season to determine the national champion of college baseball. The tournament concluded with eight teams competing in the College World Series, a double-elimination tournament in its forty-fourth year. Eight regional competitions were held to determine the participants in the final event. Each region was composed of six teams, resulting in 48 teams participating in the tournament at the conclusion of their regular season, and in some cases, after a conference tournament. The forty-fourth tournament’s champion was Georgia, coached by Steve Webber. The Most Outstanding Player was Mike Rebhan of Georgia.